Recent studies on human-robot interations have suggested that humanoid robots have considerable potential in social cognition research. In the current study, we considered two types of social interaction tasks (initiating and responding joint attention tasks) and two types of interaction partners (robot and human partners). The results of study suggested that participants who interacted with a humanoid robot achieved a better recognition memory performance in the initiating JA condition than in the responding JA condition.

We believe this work is important foundation for the utility of humanoid robots in social cognition studies and guture research questions on human-robot interactions. 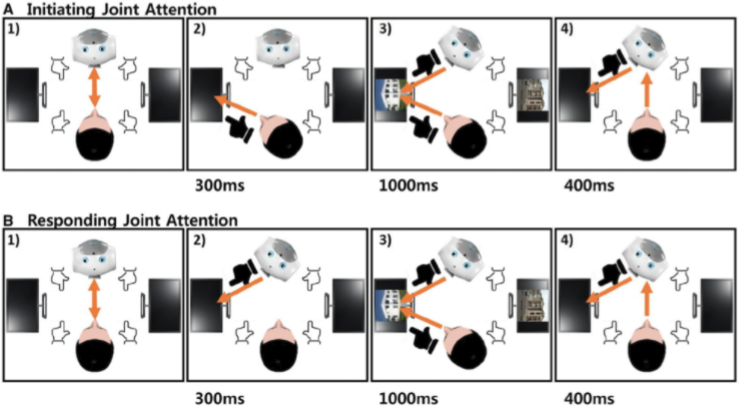 The early emerging capacity for Joint Attention (JA), or socially coordinated visual atten-tion, is thought to be integral to the development of social-cognition in childhood. Recent studies have also begun to suggest that JA affects adult cognition as well, but method-ological limitations hamper research on this topic. To address this issue we developed a novel virtual reality paradigm that integrates eye-tracking and virtual avatar technology to measure two types of JA in adults, Initiating Joint Attention (IJA) and Responding to Joint Attention (RJA). Distinguishing these types of JA in research is important because they are thought to reflect unique, as well as common constellations of processes involved in human social-cognition and social learning.We tested the validity of the differentiation of IJA and RJA in our paradigm in two studies of picture recognition memory in undergrad-uate students. Study 1 indicated that young adults correctly identified more pictures they had previously viewed in an IJA condition (67%) than in a RJA (58%) condition, 2 !D0.57. Study 2 controlled for IJA and RJA stimulus viewing time differences, and replicated the findings of Study 1. The implications of these results for the validity of the paradigm and research on the affects of JA on adult social-cognition are discussed. 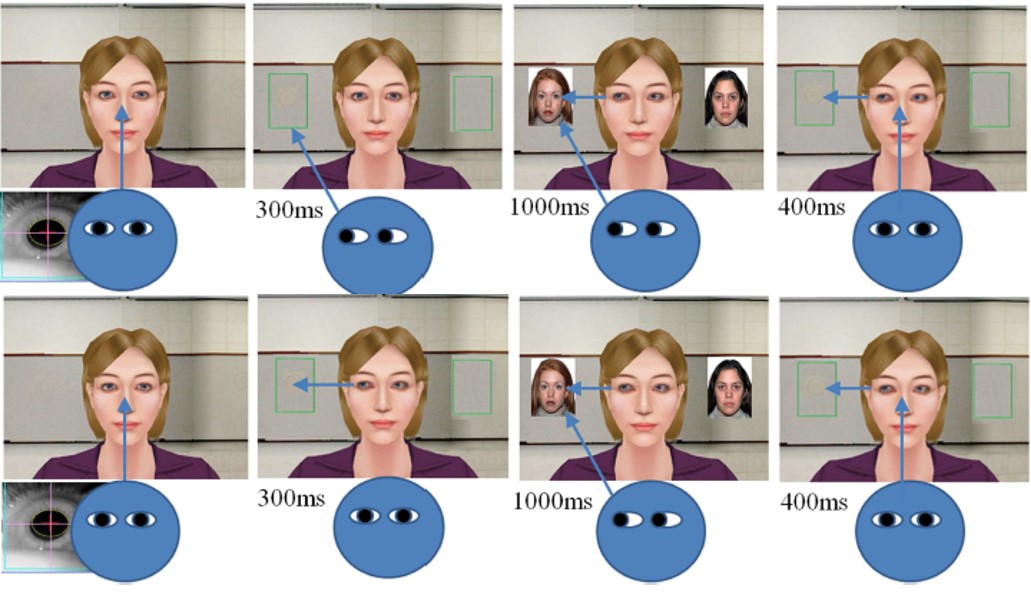